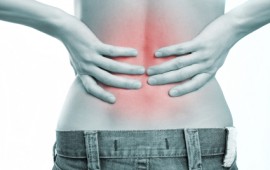 May is Arthritis Awareness Month. What do you know about Arthritis, and would you know if your body was attacked by arthritis tomorrow?

Arthritis is an autoimmune disease, not just one of inflammation. This means that the cells are attacking themselves, that the body has difficulty with certain immunities. Pain and swelling is easily seen and felt at the joints, but may be present in the organs, as well.

There are three basic types of arthritis.

This is a term used for any arthritis diagnosed in children 16 and under, but can include any of the following:

Rheumatoid Arthritis, or RA, can occur at any time in a person’s life, with no forewarning. The body’s immune system attacks its synovium, which lines the joints, causing them to swell. The inflammation can them spread through the body. RA occurs in stages, or flares, and can then be in remission for periods of time before resurfacing.

How will arthritis affect your life, and what can you do about it?

A pair of twins, Traci Stokes Markel and Staci Stokes Waites, were diagnosed with RA at a young age. At that time, the typical treatment was to remain still with alternating ice and heat treatments. Doctors and scientists soon found out that having people sit around was causing more harm than it was good. They soon realized that the “use it or lose it” technique was much better. The more the joints are used, the more they lubricate themselves and stay looser.

Easier said than done. Arthritis makes movement painful and can make the patient feel very tired, especially when you are also on medications.

Through the years, Traci and Staci underwent many forms of treatments and have kept their lives active to combat the symptoms of arthritis. Staci in particular has gone through drug trials in the Houston, Texas area under the care of Dr. David Lanagan and Dr. Angela McCain. Together, they have developed a system of care including a monthly intravenous intervention to control the disease much like other autoimmune disorders are treated.

If you have arthritis, ask your doctor about the latest treatments and possibilities for you. Other important elements, according to the Arthritis Foundation are:

For therapies, consider some of the following:

SML TIP:  To avoid Osteoarthritis, keep your weight in-check and make sure to eat a balanced diet and exercise throughout life (or, starting NOW).