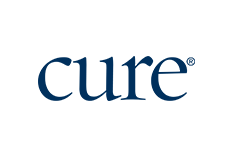 “Shannon’s continuous work in the cancer community through her organization and advocacy has helped many women through a difficult cancer journey and their overall health,” said Michael J. Hennessy Jr., president of MJH Associates, parent company of CURE® magazine. “We are honored to have her join us as the keynote speaker for this year’s Ovarian Cancer Heroes® program.”

In 2011, Miller was diagnosed with a rare form of ovarian cancer. She had the tumor removed successfully and followed up with an aggressive chemotherapy regimen. Cancer-free and retired from competition, Miller turned her focus to advocacy for the health and wellness of women and children. She launched her company, Shannon Miller Enterprises with Shannon Miller Lifestyle: Health and Fitness for Women, with a mission to help women to make their health a priority through programs, education and awareness. In addition, Miller remains the most decorated Olympic gymnast in American history with seven Olympic medals. She is the only female athlete to be inducted into the U.S. Olympic Hall of Fame twice— as an individual in 2006 and with a team in 2008.

The Ovarian Heroes Recognition program is sponsored by Tesaro, an oncology-focused biopharmaceutical company.

TESARO is thrilled to support such an inspiring event for the second year in a row, to celebrate those who have made a true difference in the lives of women living with ovarian cancer,” said Kristin Ainsworth, Vice President, Corporate Affairs & Communications, TESARO. We are humbled by the strength of those facing ovarian cancer, their physicians, nurses, and care partners. We remain dedicated to supporting this incredible community.”

CURE Media Group is the leading resource for cancer updates, research and education. It combines a full suite of media products, including its industry-leading website, CUREtoday.com; innovative video programs, such as “CURE Connections®”; a series of widely attended live events; and CURE® magazine, which reaches over 1 million readers, as well as the dynamic website for oncology nurses, OncNursingNews.com, and its companion, Oncology Nursing News® magazine. CURE Media Group is part of the Cranbury, New Jersey-based MJH Associates Inc. family of businesses, which includes the acclaimed OncLive®platform of resources for the practicing oncologist. For more information, visit http://www.curetoday.com and http://www.mjhassoc.com.