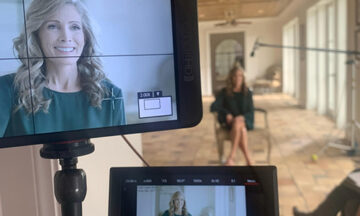 Shannon Miller won seven Olympic medals and was inducted into the U.S. Olympic Hall of Fame twice, as an individual in 2006 and as part of the U.S. team in 2008. She was a member of the U.S. women’s gymnastics team – dubbed “The Magnificent Seven” – that won the gold medal at the 1996 Olympics. After retiring from gymnastics competition, she earned an undergraduate degree in marketing and entrepreneurship, a law degree, and became an advocate for health and wellness.

In 2011, at age 33, after a routine screening that she almost delayed, Miller was diagnosed with a malignant germ cell tumor, a form of ovarian cancer.

“Getting to my routine doctor’s appointment, one that I almost canceled, likely saved my life. I was suddenly in surgery at Ascension. And it was when I woke up from that surgery that I found out that it was a rare form of ovarian cancer, but they had caught it early,” Miller said. “So often we find reasons to focus on everything but our own health. But it’s important. We’ve got to make sure we get in and get those preventive exams and screenings, because it really does matter and it really can save lives.” She said that, while a cancer diagnosis is never easy, she always knew she had support and great care along the way from her care team.

Now 10 years cancer-free, Miller has teamed up with Ascension, one of the nation’s largest and leading nonprofit health systems, on a new marketing and consumer engagement campaign to encourage women to put their health at the top of their to-do list and start a conversation with a doctor who listens. And as a wife and mother, she makes sure her husband and her children – all born at Ascension St. Vincent’s in Jacksonville, Florida – also get the care they need without delay.

“Shannon Miller is on a mission to make sure women pay attention to their health and avoid delaying care for themselves and those they love. We’re blessed to be able to help her share her story in our communities,” said Nick Ragone, Executive Vice President and Chief Marketing and Communications Officer, Ascension.

The fully integrated marketing launch will include television ads across Ascension communities along with social media ads through the Tokyo summer games and beyond, and an email campaign focused on important health screenings including mammograms later this summer.

Ascension is a faith-based healthcare organization dedicated to transformation through innovation across the continuum of care. As one of the leading non-profit and Catholic health systems in the U.S., Ascension is committed to delivering compassionate, personalized care to all, with special attention to persons living in poverty and those most vulnerable. In FY2020, Ascension provided $2.4 billion in care of persons living in poverty and other community benefit programs. Ascension includes more than 160,000 associates and 40,000 aligned providers. The national health system operates more than 2,600 sites of care – including 146 hospitals and more than 40 senior living facilities – in 19 states and the District of Columbia, while providing a variety of services including clinical and network services, venture capital investing, investment management, biomedical engineering, facilities management, risk management, and contracting through Ascension’s own group purchasing organization.