From the January 2012 issue of Costco Connection

Putting a Face on Cancer 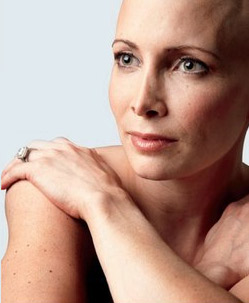 Olympic gymnast Shannon Miller thought her 15-year journey to winning two silver and three bronze medals in 1992 and two gold in 1996 was the biggest challenge she’d ever face.  That was before December 2010, when she was diagnosed with ovarian cancer.  “It really stops your world,” she says.  “It doesn’t care how old you are or how many gold medals you’ve won.”

Miller, then 33, had a cyst removed and started chemotherapy, chronicling her cancer journey on her blog.  The response to her story led Miller to be contacted by the organization Look Good . . . Feel Better (LGFB http://lookgoodfeelbetter.org/) . . . conducts beauty workshops for cancer patients.

Read the rest of Maria Bellos Fisher’s article in the internet version of the January 2012 issue of Costco Connection.