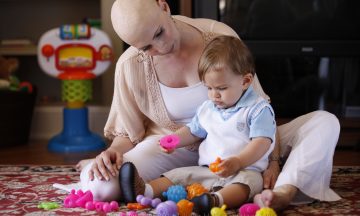 Olympic Gymnast Shannon Miller, 42, Says She’ll Talk About Her Ovaries All Day Long To Get Women Focused On Health

“I came from a shy background. I would hardly speak during my [gymnastics] training. But I realized, you know what, I’ll go around and talk about my ovaries all day long if it really does make even one person think, ‘yep, I’m going to go to the doctor. I’m going to focus on my health.’ Then it is all worth it,” Shannon tells SurvivorNet.

Miller was diagnosed with “germ cell” ovarian cancer in 2011 at the age of 33. Germ cell tumors are more likely to impact a single ovary, rather than both, and when you hear about a teen or young woman being diagnosed with ovarian cancer, it’s usually germ cell. About 90% of these cases can not only be cured and fertility can often be preserved.

Miller holds two gold, two silver and three bronze Olympic medals, and broke the record for winning the most Olympic medals of any U.S. athlete in any sport during the 1992 Olympics, when she won two silver and three bronze medals in one olympics. In 1996, she led the “Magnificent Seven,” a groups of seven record breaking female gymnasts, to the first ever U.S. Women’s Team Gold, and was the first American ever to win gold for the Balance Beam. She has won 59 international and 49 national competition medals. In 2010, she launched her company, Shannon Miller Lifestyle, with the goal of helping women live healthfully.