Most decorated gymnast in U.S. history, Shannon Miller, partners with the national nonprofit, Turn the Towns, Teal, to promote awareness of ovarian cancer. 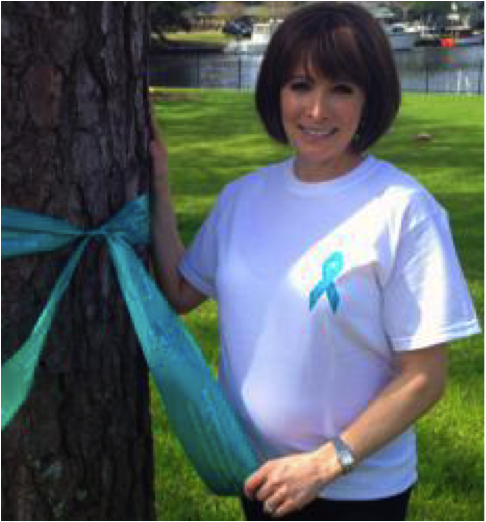 Turn The Towns Teal®, a national nonprofit dedicated to promoting awareness of ovarian cancer and its symptoms, is pleased to announce a new partnership with Shannon Miller, the most decorated U.S. gymnast of all time and an ovarian cancer survivor.

Effective immediately, the seven-time Olympic medalist and nine-time World champion, will serve as Honorary Chair of the 7th annual Turn The Towns Teal Campaign to promote awareness of the disease. The national campaign coincides with National Ovarian Cancer Awareness month in September.

Miller and Turn The Towns Teal are planning joint projects to raise and improve awareness of the disease. Now retired from gymnastics, Miller is a radio and television host who oversees Shannon Miller Lifestyle.com, a content-based website devoted to fitness, health, pregnancy, wellness and nutrition.

“I am delighted to join Turn The Towns Teal in its mission to raise and improve awareness of ovarian cancer, the leading cause of death from gynecologic cancers in the U.S.,” said 36-year old Miller, who was diagnosed with a rare form of the disease in 2011 and is now cancer-free and pregnant with her second child. “I especially like the organization’s grassroots approach to making a difference in the health of women across the nation. If each of us can save one woman’s life through greater awareness, then we all will have done a great thing.”

As part of the Turn The Towns Teal Campaign, volunteers across the country tie biodegradable ribbons in and around town centers, on trees, mailboxes, and fences to make people aware of ovarian cancer and its often silent symptoms. They also distribute symptom cards and literature at such places as health clubs, grocery stores and shopping malls. In addition, the campaign places special emphasis on speaking to women’s groups to make them aware of the subtle symptoms of the disease. “We are absolutely thrilled that Shannon has chosen to partner with us,” said Jane MacNeil, president of Turn The Towns Teal. “There is no early detection test for ovarian cancer and its subtle symptoms are very often misdiagnosed. Shannon’s endorsement will give more visibility to our campaign and ultimately save more women’s lives.”