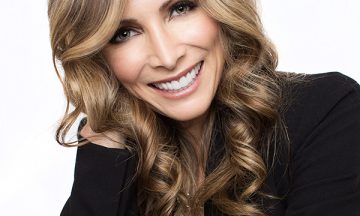 Known the world over for her determination and focus, Miller is the most decorated gymnast in US history for over two decades.

Miller is, till date, the only woman athlete to have been inducted into the US Hall of Fame, in 2006 (individual) and 2008 (team). She picked up five medals at the 1992 Olympics, including two silver and three bronze — the most by a US athlete in any sport at the time.

In 2011, Miller was diagnosed with ovarian cancer, a battle she fought and won. It was an experience that motivated the mother-of-two to establish a foundation dedicated to women’s health.

Following her competitive career, Miller has been involved in the sport as a commentator. She published an autobiography titled ‘It’s Not About Perfect: Competing for My Country and Fighting for My Life’ to help motivate people to fight through their perceived personal limitations.

Extolling upon the barrier-breaking power of events such as the Mumbai Marathon, Miller said in a statement released by Procam, “Sport has the power to bring the community together and a marathon is an ideal example! It is a great leveller. At the start-line, everyone comes together as one with a touch of anxiousness and excitement.”

“I have been fortunate to be part of events which have sport on the highest of levels, with a wonderful sense of goodwill and sportsmanship. I have heard of the euphoria and the vibrant spirit that the Tata Mumbai Marathon represents, and I look forward to witnessing over fifty thousand runners on that Sunday morning,” she said before wishing the participants good luck for race day.