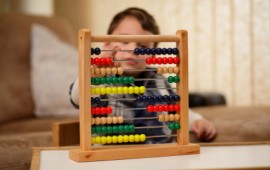 World Autism Day is April 2, while the whole month of April is Autism Awareness Month.

Every year, our information on this puzzling spectrum disorder changes, as the people living with the diagnosis “autism” also seems to be constantly evolving.

The latest research suggests that there may be a genetic link to some cases of autism.  In an article published by charity group Autism Speaks, a link was found between children with autism and 102 abnormally expressed genes. Those same genes were significantly reduced in adults living with autism. This may explain the phenomenon of some people seeming to have “recovered” from their symptoms of autism, and shows a method of the human body perhaps trying to self-correct.

Autism is currently defined as a disorder that causes significant delays or struggles in all three of the following areas:

Diagnoses have changed lately, including earlier screenings and diagnoses. Some doctors check for signs at the first year check up. However, if you have questions even before the one year mark, it is important to ask questions as soon as they arise. Here are some signs that can be seen in infancy:

These are simply questions to ask your doctor, not absolutes. There are plenty of children who simply have nothing to say until a little later, and they do not have autism.

The spectrum of autism is very broad and can include

Each has its own symptoms and diagnosis, but many of them overlap. The information can be confusing. If you do have a child or loved one with a diagnosis of autism, make sure to arm yourself with the latest research, which is usually posted on the website for Autism Speaks and the United States CDC website.

There are many resources now available to families affected by autism. Therapists that specialize in the various difficulties, such as speech therapy and occupational therapy, are very helpful in many cases. Many of these therapists work for public schools.

An important therapist to consider is the music therapist. Music therapists can delve into all of the significant delays and struggles:

Autism Awareness Day is April 2, where we invite you to Light Up Blue. Show a blue light outside of your home or business to show that you support further research and help for people and families living with autism.