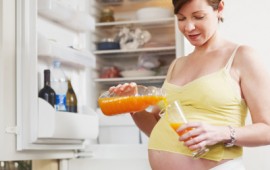 For women who are pregnant or who are trying to become pregnant,

we all know that fetal alcohol syndrome is a real threat to an unborn child,

as are other birth defects due to alcohol and other drug use.

Alcohol-related Neurodevelopmental Disorder is a term given to an individual born with certain cognitive disabilities linked to alcohol exposure.

Doctors are finding  babies exposed to alcohol prior to birth can experience:

So, are you thinking a glass of wine or two is okay with a bun in the oven? If you are pregnant or may become pregnant, there is a recommendation of teetotaling (abstaining from booze) during that time. That means no drink or recreational drug is safe to use at any time in pregnancy, even in the beginning stages. The beginning of pregnancy is where the brain and vital organs are formed. This is the time many women drink or use drugs, not knowing that they are pregnant. There is not a time during pregnancy where drinking and using drugs is ok; drinking or using recreational drugs during pregnancy is always harmful to the baby.

According to the March of Dimes, about 4% of pregnant women use illicit drugs.

Babies born to a mother who was using drugs:

Of illicit drug use, marijuana is the most common in pregnancy. Babies born after the mother used marijuana display withdrawal symptoms, and have problems handling stimuli, such as touch. They also may have a difficult time developing a healthy sleep pattern. Other drugs, such as cocaine and methamphetomines, cause the baby to be born addicted to the drug. They have to undergo a painful beginning of life as they are weaned from the drug. These babies are often born early and small, which makes their battle even tougher.

Smoking cigarettes also exposes a baby to harmful drugs. Cigarettes have nicotine, carbon monoxide, and tar. All of these are shared with the infant of a smoker.

If you are a pregnant woman, or are considering pregnancy, and you have a problem with smoking, alcohol use, or drug use, get help now before it is too late for your baby. Groups such as Alcoholics Anonymous and Narcotics Anonymous can help, as well as “SmokeFree” for quitting smoking. Talk to your doctor or see a therapist about quitting smoking, drinking or using recreational drugs during pregnancy, too. They can prescribe methods to help you quit.

SML TIP:  There is no safe smoker, drinker, or recreational drug user at a time of pregnancy or pre-pregnancy. Please get help sooner rather than later for the protection of that precious baby’s life.