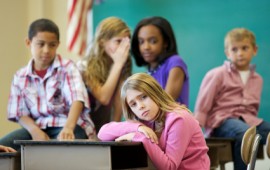 We are all much more aware of problems caused by bullying these days.

Schools and parents no longer turn a blind eye to bullying behaviors, such as physical violence or verbal abuse. We now have programs in school and for parents about what to do about bullying.

But which anti bullying programs are working, and which ones need reworking?

According to the American National Bullying Prevention Group, several anti bullying programs that have been adopted by schools and communities are not showing a decrease in bullying, and some may actually be elevating levels.

Some anti bullying programs that may be causing more problems:

Though no one wants to “tolerate” any type of bullying, kicking a kid out of school for an incidence of bullying does not help any involved party. For one, the bully will not be getting the education and therapy he needs. For two, that bully is probably less supervised during the day at home. Third, bullies tend to run in groups, so the rest of the group could retaliate on the victim. Finally, this does nothing to educate either party.

Many conflict resolution plans force the bully and the victim to “talk it out,” face to face. Once a bully knows he is being targeted to administrators, he is more likely to act more severely to the victim. Also, the victim sometimes feels he is to blame in the situation.

When you put bullies in a group, they tend to feed off of each others’ energy and perhaps learn more negative behaviors, rather than taking the intended lessons.

Throwing all suicides into a bucket and blaming someone for the suicide is not the answer. Not all suicides are caused by bullying, so people should not be looking for a perpetrator when a child commits suicide every time.

Having a bullying lesson or program at school is a positive start in the right direction. However, it cannot stop there. If bullying is not re-addressed through the school in various functions, it is forgotten in a student’s mind.

OK, so what SHOULD schools and communities be doing about bullying?

The best practice found so far is a continuous, harmonious lesson focusing on mutual respect and character values. When a child takes pride in having character values, he or she is much less likely to bully another child. When he is reminded of what bullying behavior is before it happens, it is far less likely to happen. A nurturing environment that shows respect for all children and reminds children of mutual respect and responsibility breeds the ground for a more family-like environment. The kids are more likely to care for each other and accept each others’ differences.

Not sure what your school is doing about bullying? Ask your school guidance counselor or administrator for their bullying policies and character curriculum. Stacey Pendarvis, from the Monique Burr Foundation, says that in Florida, there are certain guidelines, put in place through the Jeffrey Johnston Act, that teachers or administrators report bullying behaviors, and that they have an intervention system in place for bullying behaviors. A very important part, she says, is that bystanders intervene and report what they see. Those bystanders should be given anonymous privileges, so that they will be protected from the bullies that are reported.

SML TIP:  The Monique Burr Foundation offers a program called “Speak Up Be Safe,” which covers students who are a victim of abuse or bullying. Let your child know that it is OK to speak up when they feel hurt, abused, or bullied.