“Gluten-Free” Due to Celiac Disease in Children 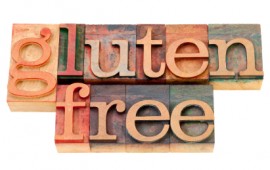 Many parents are concerned when their child experiences food intolerance or allergic reactions after they have eaten certain meals or specific foods.

Among our youngsters, the most common causes of allergy are nuts, eggs and dairy produce. Symptoms for these can be fairly mild to moderate with just the need for an occasional dose of antihistamine and an avoidance of whatever the trigger is. Sometimes the symptoms can be so severe that hospital treatment is required. However, there is one type of food allergy that can sometimes either be misdiagnosed or slip completely under the radar altogether and that is celiac disease, cases of which appear to be rising.

What is celiac disease?

Simply put, celiac disease is a complete intolerance to gluten. Gluten is a protein that can be found in every day foods that many of us consume multiple times a day such as bread, pasta, cakes, biscuits and other refined and whole grain carbohydrates. It’s also in many other foods that you might think may be safe such as gravy mixes, pre-packaged sauces like ketchup and many ready prepared meals that are found in the chiller cabinets at the grocery store.

Signs and symptoms in children and toddlers who may be suffering from celiac disease include:

These celiac disease symptoms can occur at any age, but are most likely to occur in small children aged between six months and two years, when foods containing gluten are introduced to their diet.

There are also less obvious symptoms of celiac disease, including:

What should parents do if their children show symptoms of suffering from celiac disease? 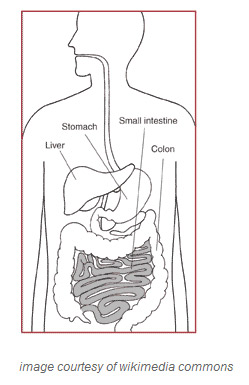 First, it is important not to panic either yourself or your child. A visit to the Doctor should be arranged so all of the symptoms and signs can be discussed. He or she might then want to arrange for your child to have a simple blood test to determine whether there are raised levels of antibodies in the bloodstream which will show up celiac disease. If these results come back positive, that is to say with a raised level of antibodies, then your child will then need to undergo a biopsy of their small intestine which is a painless procedure carried out under sedation in which a microscopic piece of the child’s intestine is removed for further testing.

In someone who does not suffer from celiac disease, the inside of the intestine looks like it has many fingers or fronds which act as a “wave” to push the food through, absorb vitamins and nutrients and effectively remove waste from the body. In a child or adult with celiac, these fingers or fronds are flattened and thus nothing good can be taken from any of the food that’s been eaten and therefore the patient can become malnourished.

How to help your child heal from symptoms of celiac disease

It’s often said that food and parenting can be a battleground at the best of times, but having a child diagnosed with celiac, while stressful at first, need not be something that disrupts family life too much. Once a diagnosis has been made then there are many ways to help your child heal properly.

Firstly and most importantly is the avoidance of any foods that contain gluten. Unfortunately, this does mean most bread products which are for many people a staple part of the diet. However, there are many grocery stores that stock ranges of bread, cakes and biscuits that are gluten free which means that your child does not have to miss out. You will more than likely have to pay much more attention to food labels, checking to see if gluten is contained or hidden within what you’re buying. It is possible to live and eat well on a celiac regime. All fruits and vegetables including potatoes can be eaten and some forms of grains including buckwheat, quinoa and millet. Some celiacs can eat oats, but not all.

Once a gluten-free eating regime has been undertaken, symptoms should start to ease and improve very quickly, but sadly as there is no cure; the only known way to treat celiac disease is to completely avoid gluten for life.

SML TIP:  To find out more about celiac disease, and ways others with celiac disease have found to improve their lives, please visit the Celiac Disease Foundation website, and this celiac disease overview on the uptodate.com website.

Have you found another good reference for living with celiac disease, that you would like to share?  Please let us know by adding your Comments.