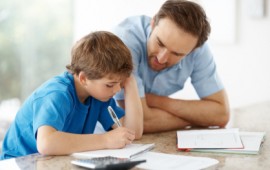 Did you know that the week of May 7 is National Children’s Mental Health Awareness Week?

Parents, such as Angela of the blog “Life With Bob” discusses difficulty in finding resources to help her son, who has been diagnosed with bipolar disorder.

Mental illnesses can be any range of any of the following:

Any and all of those mental illnesses can pose social and learning difficulties for children, and are equally as tough on their families as they are on the kids themselves. Parents find themselves on the “slippery slope” of medicines and therapies, which have to be different in children than they are for adults. You can also imagine how difficult new medications must be to pass the FDA (U. S Food and Drug Administration), since research and drug trials on children are much more difficult to administer than on adults.

In some studies, children with anxiety disorders show heightened brain activity in association with fearful experiences or angry faces.

Some studies also show that girls have more difficulty with this than boys as they age and develop.

Cognitive behavioral therapy has been more productive in studies than other therapies, including medication, according to the NIMH (National Institute of Mental Health).

Studies show that children can suffer from clinical depression, where a few years ago, this was not the common belief in the medical field. Children who are depressed may complain of feeling sick often and be clingy to parents.

According to the NIMH, the most effective strategy with most children and adolescents suffering from depression is a combination of cognitive behavioral therapy AND medication.

HOWEVER, there is a black box warning on all anti-depressants currently, warning parents to not administer these drugs to children. Some studies have shown an increase in thoughts of suicide in children who are taking these medications. This is not to say that every child has the same side effect, but that all parents must proceed with extreme caution, and must monitor their child’s progress for the first few weeks of medication therapy very closely. PLEASE ask your doctor!

According to Dr. Ben Vitiello of NIMH, ADHD symptoms are often lack of attention and hyperactivity. However, these symptoms alone do not cause the disorder. The disorder is when the child cannot function in a normal learning or social environment.

There is a lot of controversy regarding various techniques in helping children with ADHD. Some dietary adjustments may be recommended by a doctor or dietician. Also, psychotherapy to uncover any other problems may be recommended. Sometimes it may not be ADHD after all, but actually an anxiety or depression disorder that appears to be ADHD.

If the doctor recommends medicine, then the parent has to consider their lives and whether the particular medication would be helpful, or whether possible side effects would be harmful. It is always important to research drugs before they are administered, and to ask questions about side effects and interactions. Some medicines are stimulants, and some are amphetamines. Each will have different effects on different children. It is very important to follow dosage instructions, as overdosing on these medicines could cause a child to have a panic attack, or even have hallucinations, according to Dr. Richard Kingsley.

Overall, it is very important to stay in tune with your child and to listen to how he or she is feeling. Communication with teachers and coaches is also important, as you would want another adult to consult you with any concerns about your child’s mental health. A doctor or therapist’s help is also very important. Using resources such as FFCMH also helps arm parents with research and development, which can help make important decisions for your child.

before resorting to more extreme measures such as prescribed medications.