My Interview with Olga Korbut

There are few athletes in history whose individual performances redefine their respective sport for generations of athletes who follow. Olga Korbut has done so with gymnastics. 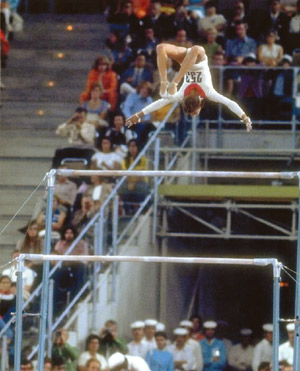 Born in 1955 in Hrodna, Belarus, Korbut followed in her sister’s footsteps into the then Soviet Union gymnastics program. Her never-before-seen athleticism on the beam, vault, bars and floor resulted in many new Korbut-named moves still executed by today’s gymnasts and ultimately earned her four Olympic gold medals and two Olympic silver medals at the 1972 and 1976 Olympic Games. Korbut’s Olympic performances have stood the test of time making her one of the most iconic names in Olympic sports history.

Korbut’s Olympic success, youthful energy and personal grace earned her international fame never before seen in gymnastics. She traveled the world in the 1970’s as the cold war between Russia and the United States was at its peak. Sport historians have noted Korbut’s impact on politicians and diplomats of the day in both countries, playing an unexpected role in easing global tensions.

Today Korbut resides in Scottsdale, Arizona and remains active in gymnastics instruction. Remarkably, at just 99 lbs., the 4’11” Olympic champion is only five pounds heavier than she was at the 1972 Olympics. Olga is a professional motivational speaker, an avid chef, and life-long fitness advocate. She will attend the 2012 London Olympic Games to celebrate the 40th Anniversary of her legendary 3-gold / 1-silver medal-winning performance at the 1972 Munich Olympics.

Gearing up for the Olympic Games I felt what better way to prepare for future gymnastics royalty than to relive a bit of the past. In fact, I decided to go back to the young woman who is widely regarded as the “Mother of Modern Gymnastics”, Olga Korbut!

During the interview Olga covers everything from why she loves the sport to her words of advice for young athletes.

SM: You are an icon in the sport of gymnastics and have been given the title of the Mother of Modern Gymnastics. What do you think set you apart from other gymnasts of your time?

OK: What set me apart was that my elements were new.  Never seen in competition before.  Also, I was very small and young.

I loved the thrill and pressure of competition and the everyday pursuit of perfection.

SM: What was your favorite part of gymnastics?

OK: The thrill of competition is incredible.  I loved it and will never forget that feeling.  My favorite part was creating new elements.

SM: Everyone remembers Olga Korbut. What is it like to have made such an incredible mark on such a widely viewed sport?

OK: I take personal pride in making gymnastics one of the most watched sports in the Olympics.  It’s been 40 years since my performances in Munich, and fans of gymnastics have never forgotten those routines.

SM: What have you been up to since your Olympic days?

OK: Now days I do private lessons.  I don’t have the time to work in a gym everyday.  I do many appearances all over the world and each day I walk about 5 miles and spend at least an hour working out at the gym.  I’m only 5 lbs heavier that I was in 1972 in Munich.

SM: How do you remain involved with the sport of gymnastics?

OK: I keep up to date on current gymnasts in all countries, and when I have time I will work with gymnasts in Arizona.

SM: What are your words of advice to young athletes today? 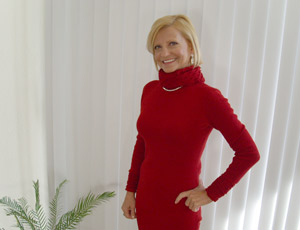 OK: Practice, eat correctly, and don’t compete for medals.  Train and have discipline and perform from your heart.

SM: There has been a lot of talk about Larisa Latynina as Michael Phelps attempts to overtake her as the most medaled athlete of all time, a title held by Larisa for decades. What kind of an impact did she have on your career in gymnastics?

OK: Larisa selected me from the Junior Team for the Olympic Team.

SM: What do you think about the new scoring system in gymnastics?

OK: It’s difficult to understand.  I’m so use to the old system.  But, it’s how the sport has changed.

SM: When you watch gymnastics these days, is it hard to believe the types of skills that these young women are performing?

OK: Not really.  The equipment and rules have changed so much that gymnastics can be different that in the 1970’s.  If I could have done my 1972 Munich floor routine on floor they use today, I could have hit the roof from jumping so high.

SM: What are your favorite sports to watch at the Olympic Games?